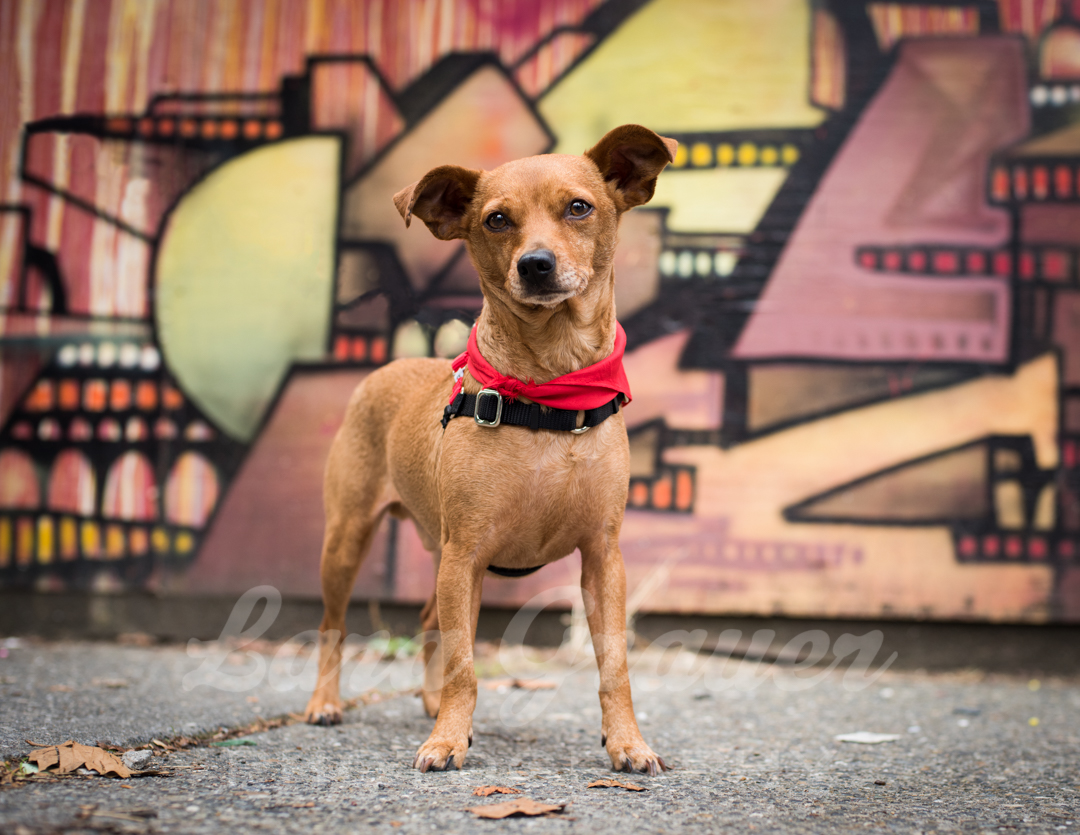 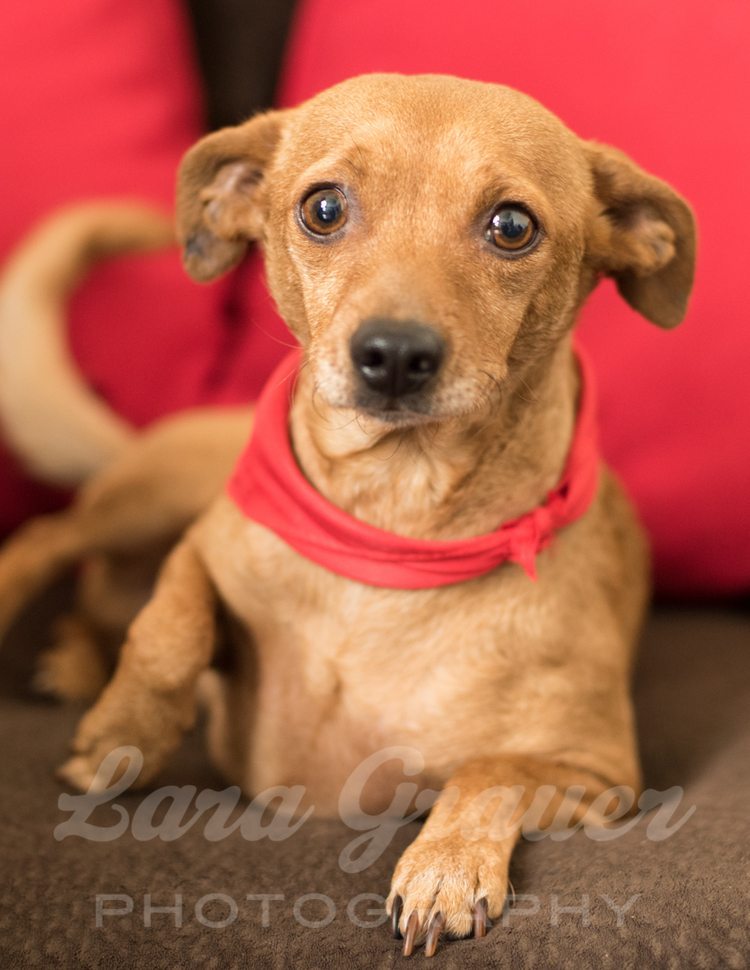 Dabby is a sweetheart, and wears his heart on his sleeve. When I first met him, he tucked his tail between his legs and began to tremble.

With a little reassurance from his owners, and some gentle interaction with me, he started to come around.

So what did I do? I asked to clear out the dining room furniture so I could get some snaps of him with their cool lamp and wood stick sculpture behind him!

As far as he was concerned, this was nothing to be pleased about. Not only had we displaced everything he was used to, but the reflector I used was bigger than Dabby, and I had my camera (a weird black box to him) that I kept putting in front of my face and pointing at him!

He was clearly a bit baffled about what was going on, but the offer of treats in exchange for a calm sit kept him in the game. After a few shots, he realized I was going to keep pointing and clicking my camera at him, so whenever I brought it to my eye, he cowered down and walked away from his spot. 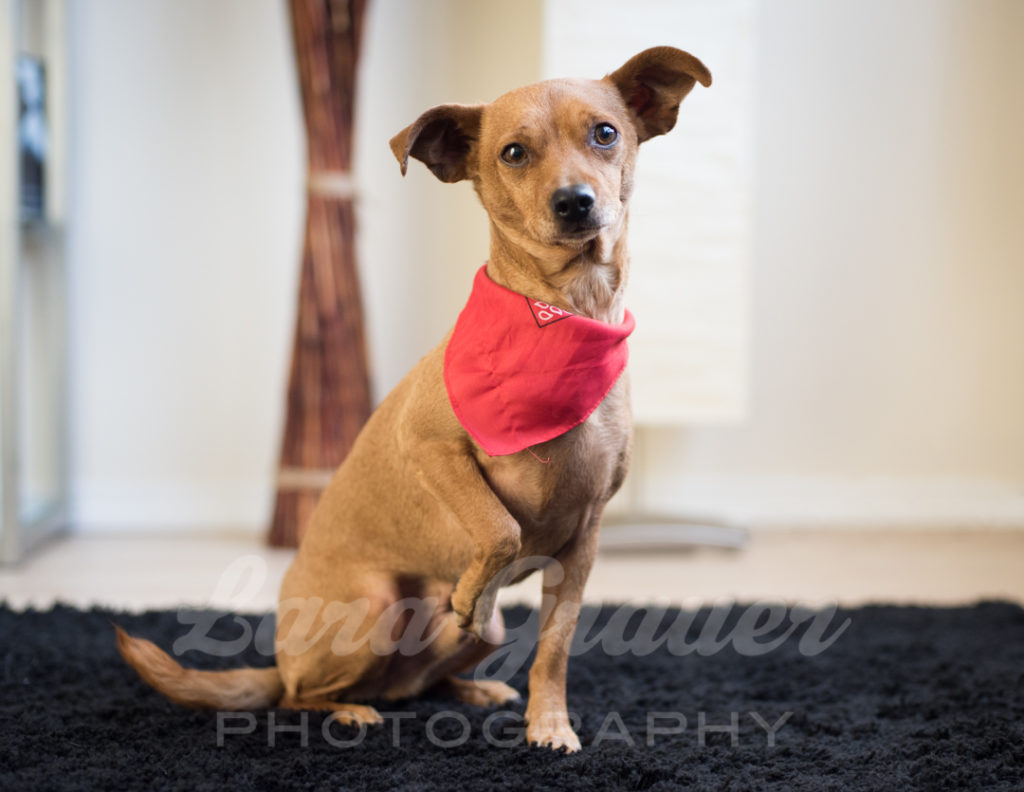 After we finished a few indoor shots with the beautifully diffuse window light, we decided to head outside. His owners assured me that he is a lot more inquisitive and confident when he heads out for a walk, so we hit the sidewalks of Capitol Hill, looking for some cool artwork to serve as a backdrop. And we definitely found it!

Here he is – Dabby, Dog of the Street! He looks so confident and grounded!

Here he is at the fountain in a nearby park. Being up on a ledge might have been a little unusual to Dabby, but he was cool with it.

I think this photo session was a big achievement for Dabby. He was a real trooper, and he kept cool in some challenging circumstances. If I could speak Dog, I would tell Dabby “Thank you for hanging in there and pulling this one off. You look great, and you’ll make a fabulous feature in my upcoming calendar.”