Black And White Portrait Of A Family Sledding

Photograph in black and white of a dad and mom pushing their son on a sled down a hill in the snow in winter. The mother and child are smiling, and the kid is looking directly at the camera. There’s a good amount of snow on the ground (certainly enough for sledding), and the snow is fresh enough that you can still see snow clinging to the branches of the trees in the background.

Mom and son are dressed from head to toe in snow gear, but dad appears to be wearing jeans. If he stays out in the snow much longer, he’s going to get wet and cold, which might explain why he isn’t smiling.

The sled that the kid is riding on is the type with a seat in the back and two steerable runners in the front. The sled is steered by a rope tied between each runner, and the boy is holding onto the rope. I’d like to say he’s holding on for dear life, but the hill is neither all that big nor very steep, and he’s really just out having a good time with his mom and dad.

Sometimes to loosen up the subject, you gotta just get right down to having lots of fun. To get this shot, we had to do this run a bunch of times, and the boy kept asking to do it over and over again. The more times he went down the hill, the more he got into it, loosened up and had more fun.

While we were on the hill, the snow plows came through the neighborhood, pushing a huge mound of snow into the front of the driveway. The boy was really excited to head back down to build an epic snow fort with his dad. His dad wasn’t that excited, however, as he knew he was going to have to shovel out the front of his driveway for the third time that afternoon. 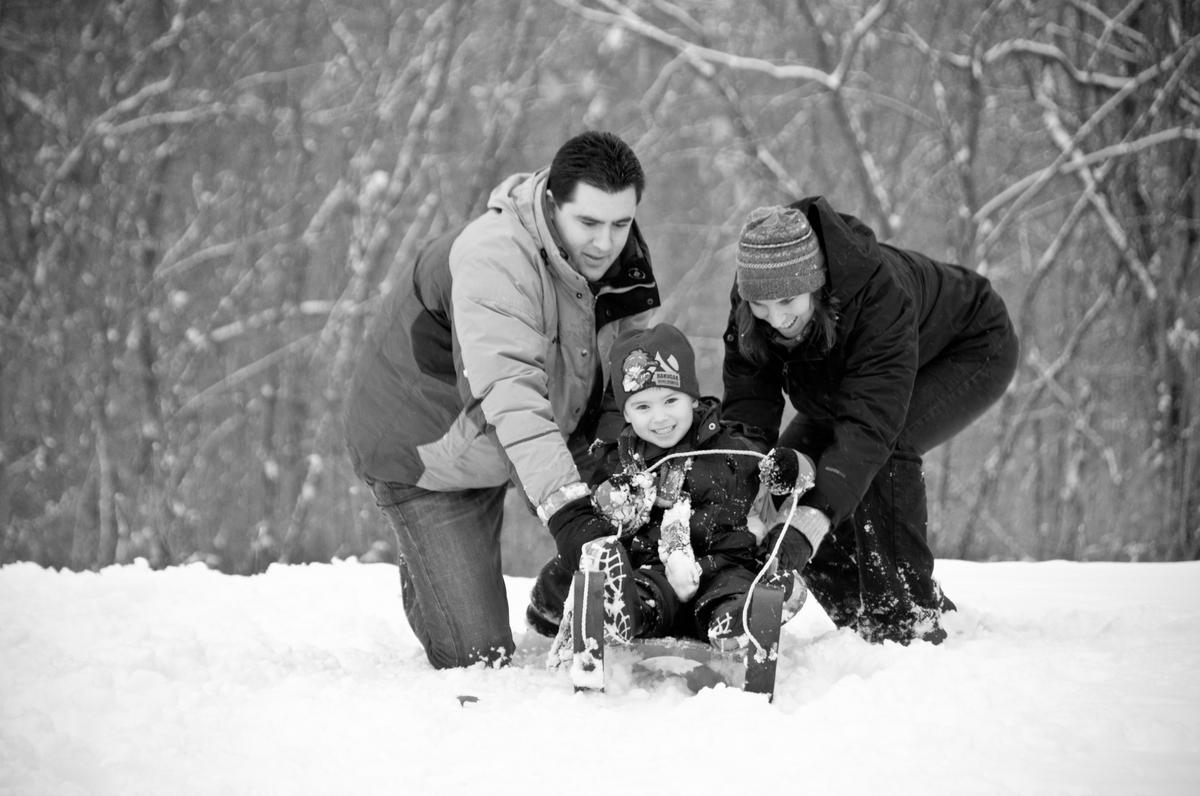 Family Portrait Next To Salmon Waves Sculpture At Ballard Locks
Be one of twenty Seattle families taking part in the Family Portrait GENERATIONS PROJECT
Check it out!