A photograph of a family of four including a mom, dad, daughter and son sitting on a log in the tall grass at the Richmond Beach Saltwater Park. Shot with natural light, this photo was taken at the beginning of the late afternoon/early evening “golden hour” of sunlight as the sun began to set behind the Olympic Mountains on the Western side of the Puget Sound.

This particular photo was shot as part of a series of photos that we did for an annual fundraising event that we ran to benefit a local school. We scheduled a day-long series of back to back mini sessions on the beach, and turned the mini session fundraiser into a recurring, annual event.

We mostly used natural light with some amount of portable strobe fill, intentionally scheduling the sessions to take advantage of the golden hour lighting coming in from across the sound. This session was shot in early fall, to give participants time to have prints ready for holiday cards and gifts. You can kind of see some of the sky in the top right corner of the image, and if you look closely, the sky isn’t entirely blue. We were at the very tail end of the Washington wildfire season, and with some of the fires still smoldering out on the peninsula, there was still ash in the air, which further diffused and colored the sunlight. 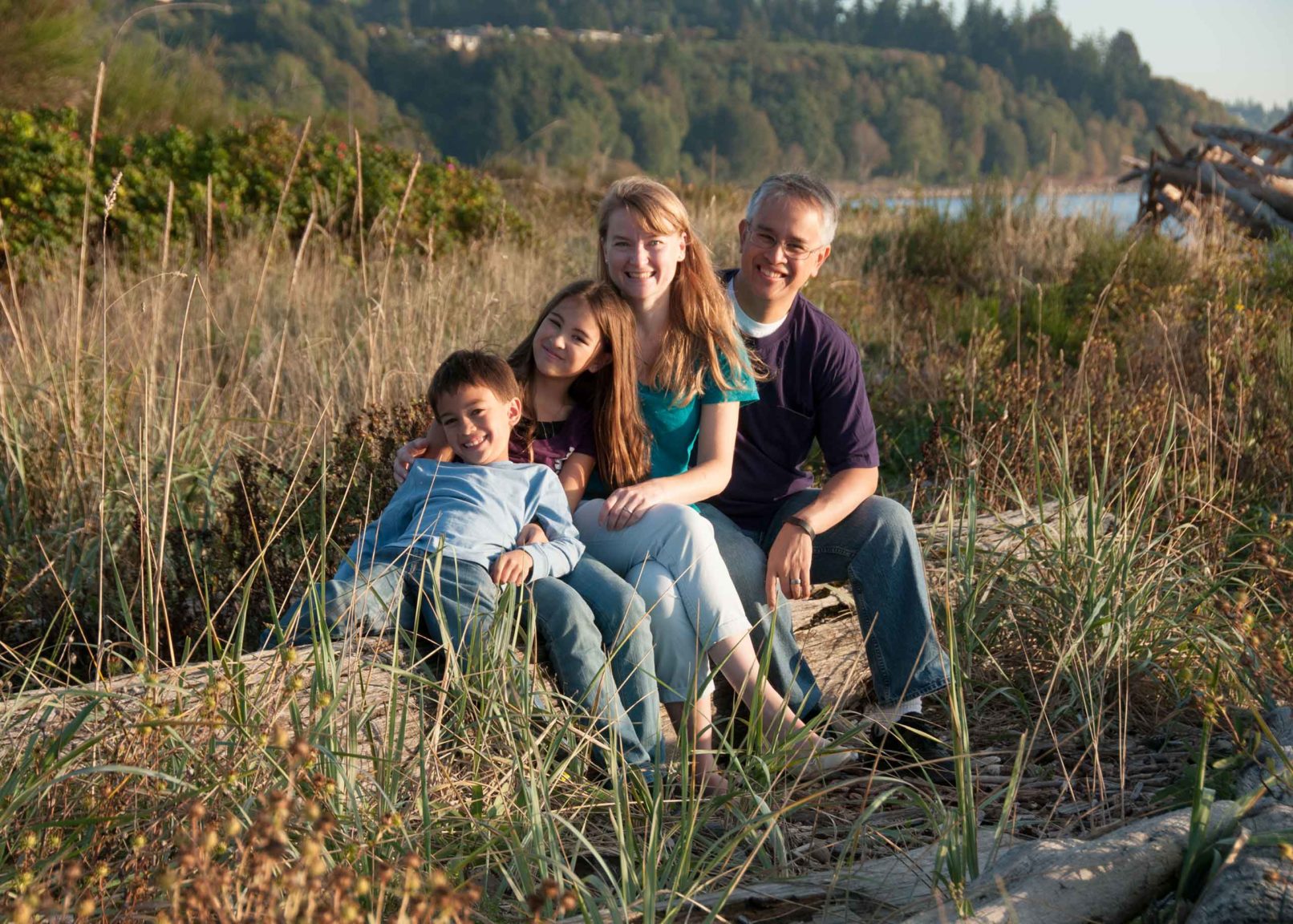 Maternity Portrait Of An Expecting And Excited Mom And Dad
Family Portrait In The Grass At The Beach
Be one of twenty Seattle families taking part in the Family Portrait GENERATIONS PROJECT
Check it out!