Portrait Of A Laughing Young Boy

Portrait of a young boy laughing. He’s got red hair, mostly nicely combed. He’s wearing a blue collared shirt under a light green knit v-neck sweater vest with white, dark blue, and light green stripes around the collar. He’s wearing blue jeans and a blue watch on his left wrist. He’s sitting on dark gray cement steps, and he’s holding his hands in front him with his fingers loosely laced together.

Man, though, is he ever laughing. I caught him right at the beginning of a huge fit of laughter. I’m not exactly sure of the sound that I made to get him to laugh like that. Actually, I’m pretty sure I remember what I did. It may have involved a sound that I made that took him completely by surprise. The sort of sound that a young boy might find darned funny if his friends might have made it. But a sudden, fart-like sound coming from an otherwise composed and very much lady-like photographer was absolutely too much for this guy, who found it the height of high comedy and downright hilarious.

Boy I tell you though, with comedy, you gotta know your audience. I’m no comedic genius or anything but as a photographer over the years, I’ve come to know more than a few clever ways to get my subjects to loosen up and laugh. It’s not so much about the laugh or the smile, it’s about capturing that relaxed moment between the laugh and the laughter, when the true light shines through. 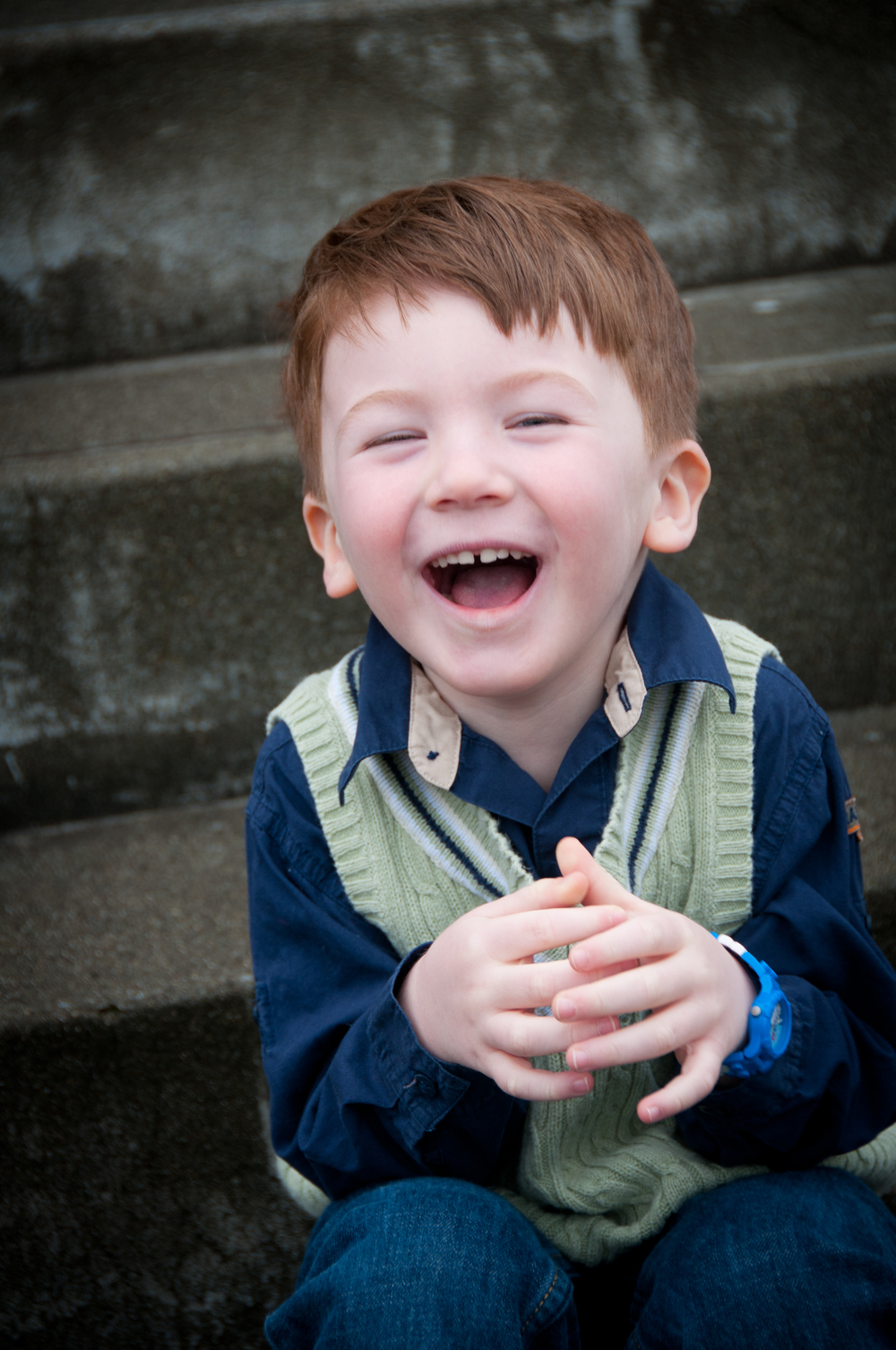 Portrait Of A Young Boy In An Argyle Sweater
Portrait Of The Little Girl With The Piercing Gaze
Be one of twenty Seattle families taking part in the Family Portrait GENERATIONS PROJECT
Check it out!