Portrait Of A Young Boy In An Argyle Sweater

Portrait of a young boy wearing an argyle sweater. The boy has wavy blond hair and blue eyes. He has a wry sort of smile and he’s looking straight at the camera. He’s posed in front of the former Seattle Gas Light Company gasification plant at Gas Works Park in Seattle. There’s a bit of greenery between a black chain link fence and the rusty brown of the gasification plant, with blue sky beyond.

This photo was shot during an extended on-location family session that we did at the park that involved his sister, mother and father. Their family had recently moved to the Seattle area from California. His grandfather was an accomplished professional photographer and these photos were the first professional photos that his grandpa didn’t do. I felt quite honored that they chose me as their new photographer in their new hometown.

I used natural light during this session and was extremely lucky with the lighting setup in this shot. You can see blue sky in the photo, to the East. Behind me the afternoon sun was blocked by a solid deck of clouds that extended back out over the Sound. Oh boy, if only all of my outdoor natural light setups could come out like this!

Gas Works Park is a pretty cool place to take pictures. Located on the Northern shore of Lake Union, the park is dominated by the fenced-off remains of the old gasification plant. The plant is surrounded by hilly green grass, and beyond that are amazing views of Lake Union, Queen Anne, the huge I-5 and Aurora Avenue bridges, the South Lake Union neighborhood, the downtown Seattle skyline with, of course, the Space Needle. 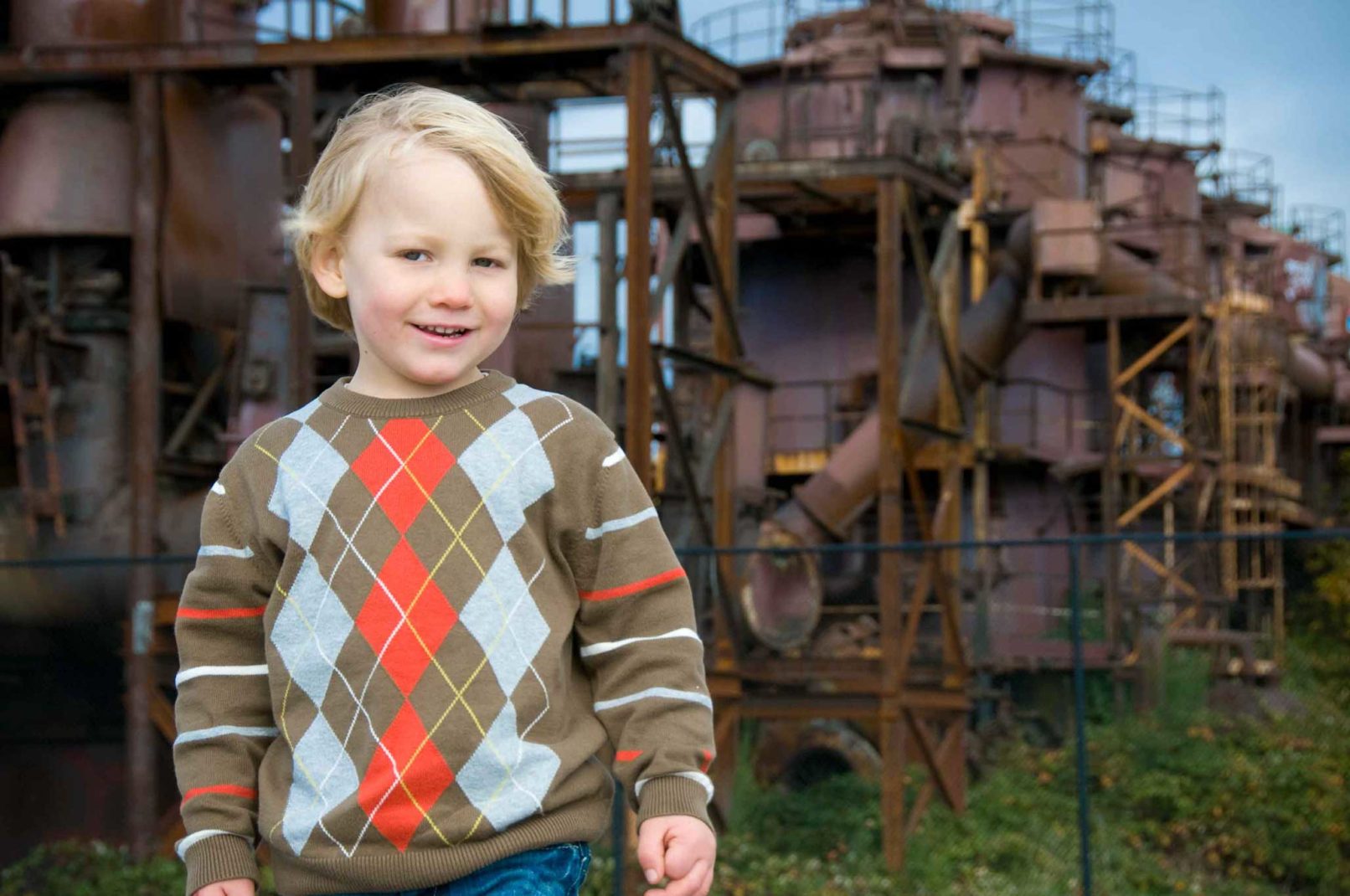 Portrait Of Brother And Sister In Formal Attire
Portrait Of A Laughing Young Boy
Be one of twenty Seattle families taking part in the Family Portrait GENERATIONS PROJECT
Check it out!