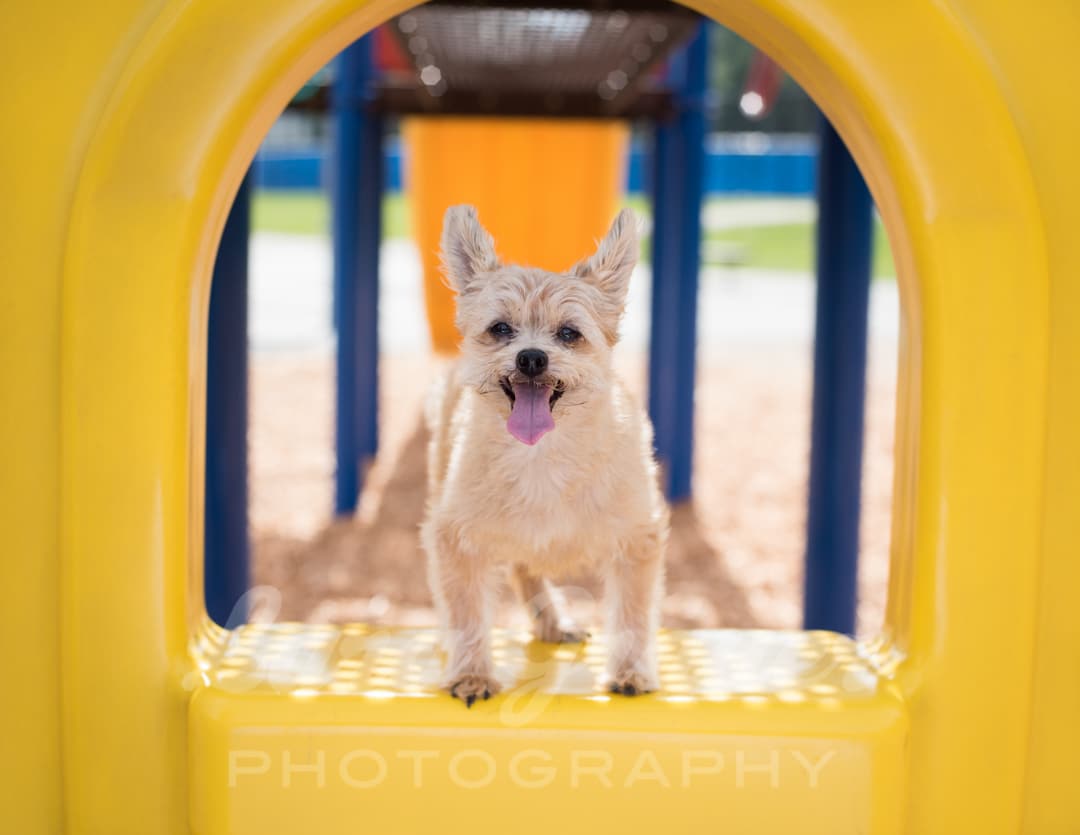 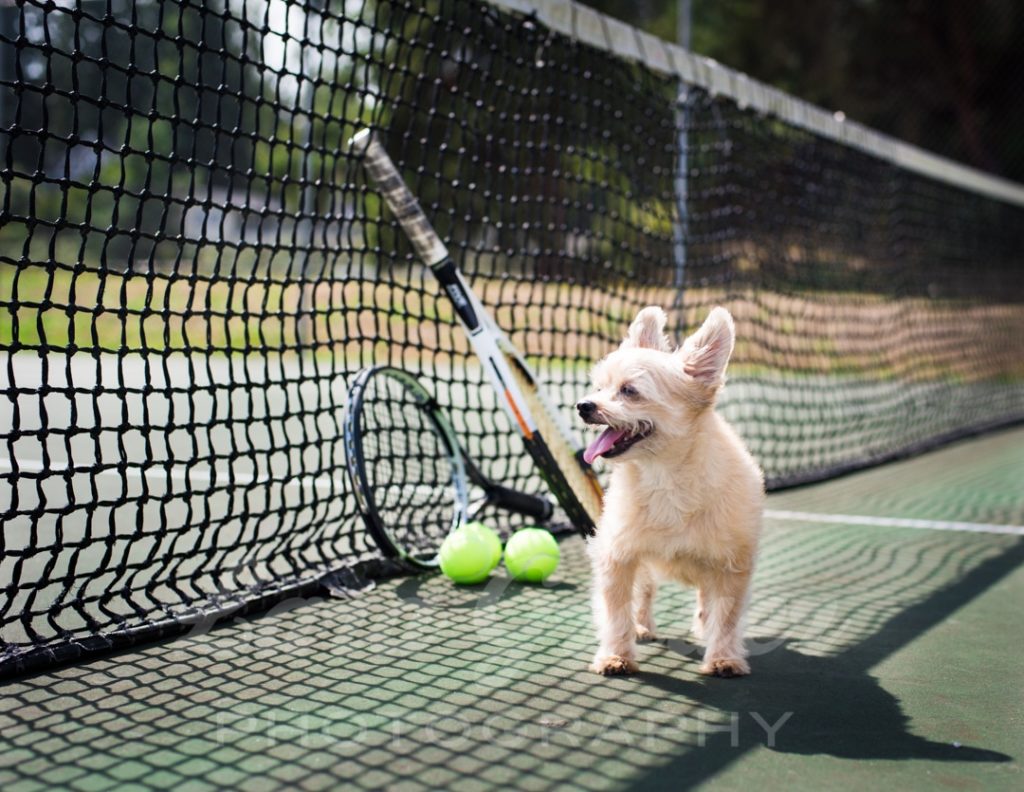 Wilson. What a perfect name! His owners play tennis, and he likes to hang out by the court to watch. He chases the tennis balls, but never catches them because they’re too big to fit in his mouth! 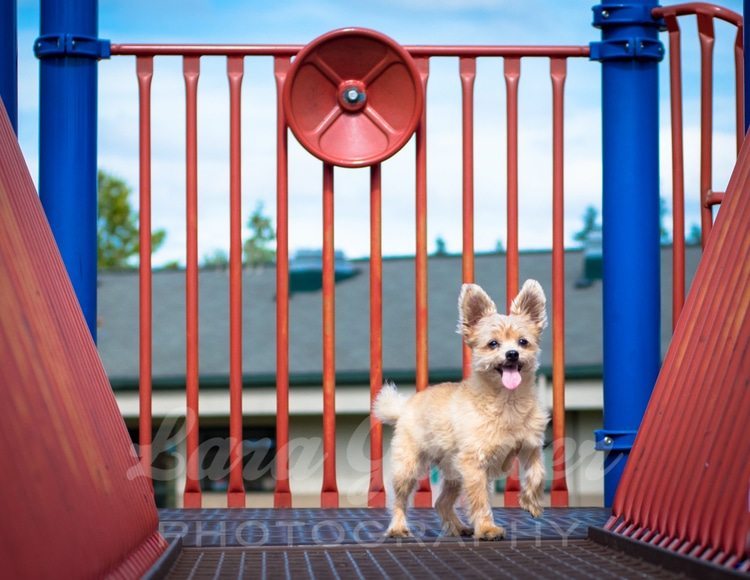 I met Wilson’s owner for pictures at a tennis court in Shoreline. We hung out there for a few shots, and then we headed to the playground on the other side of the fence. Wilson was engaged, but a little unsure of the camera. 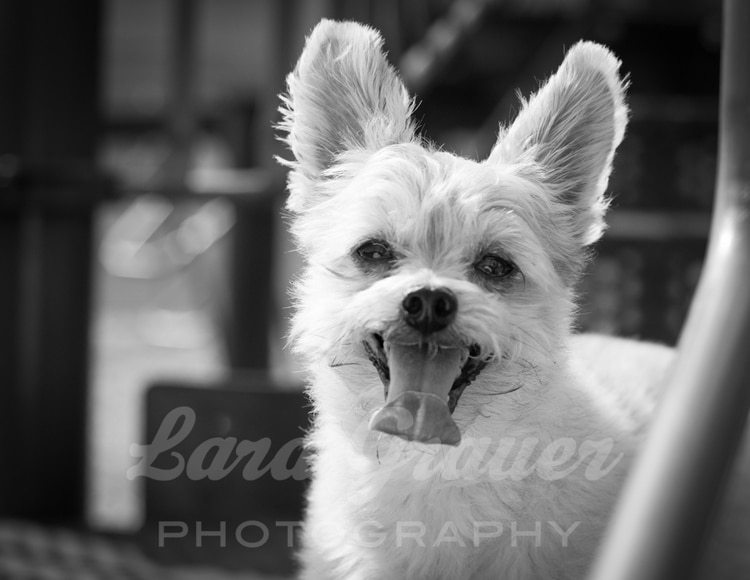 Wilson is a mix-breed called a “Porkie”. He’s part Pomeranian (picture a fluffy poof ball) and part Yorkshire Terrier (dogs that are often seen in a purse, and sometimes have a long, sleek haircut). The fire department found him in his home with his owner, who had died. He had been there for several days without anyone to feed him or take him outside. It must have been a sad scene. His current owner adopted him from the fire department shortly after. 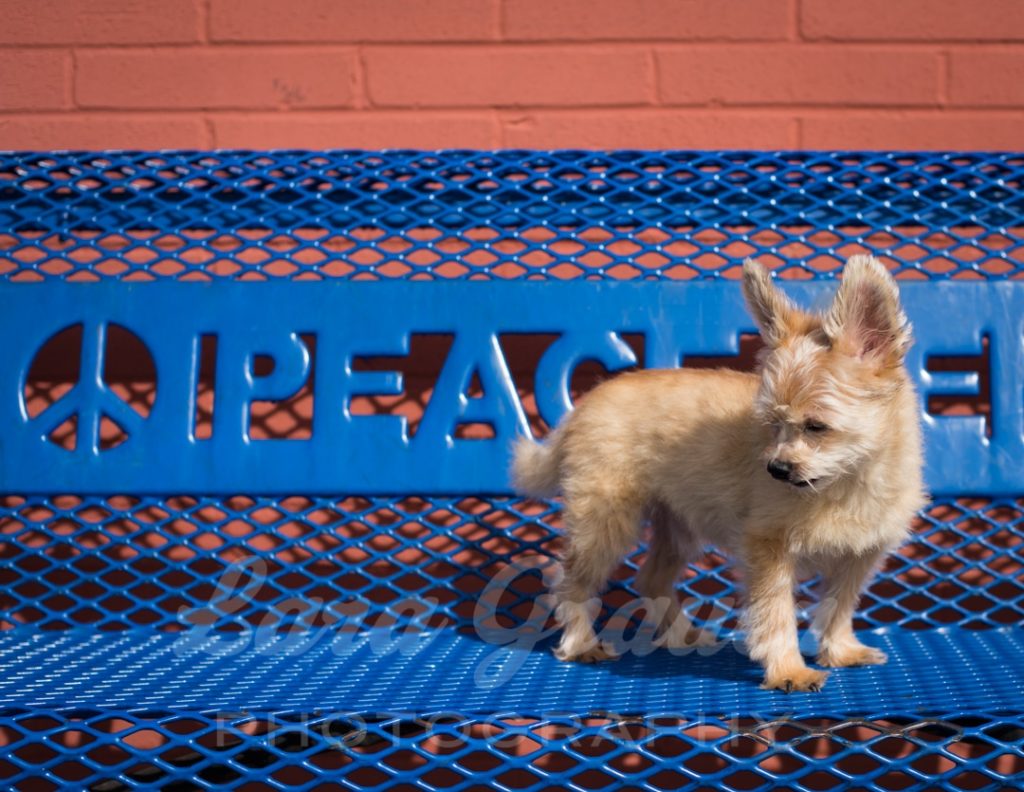 Wilson is a sweet spirit, and mild-mannered. He is a companion dog in every way. He’ll do what you ask, and always seems to have a spring in his step and a smile on his face – and sometimes a funny folded tongue! 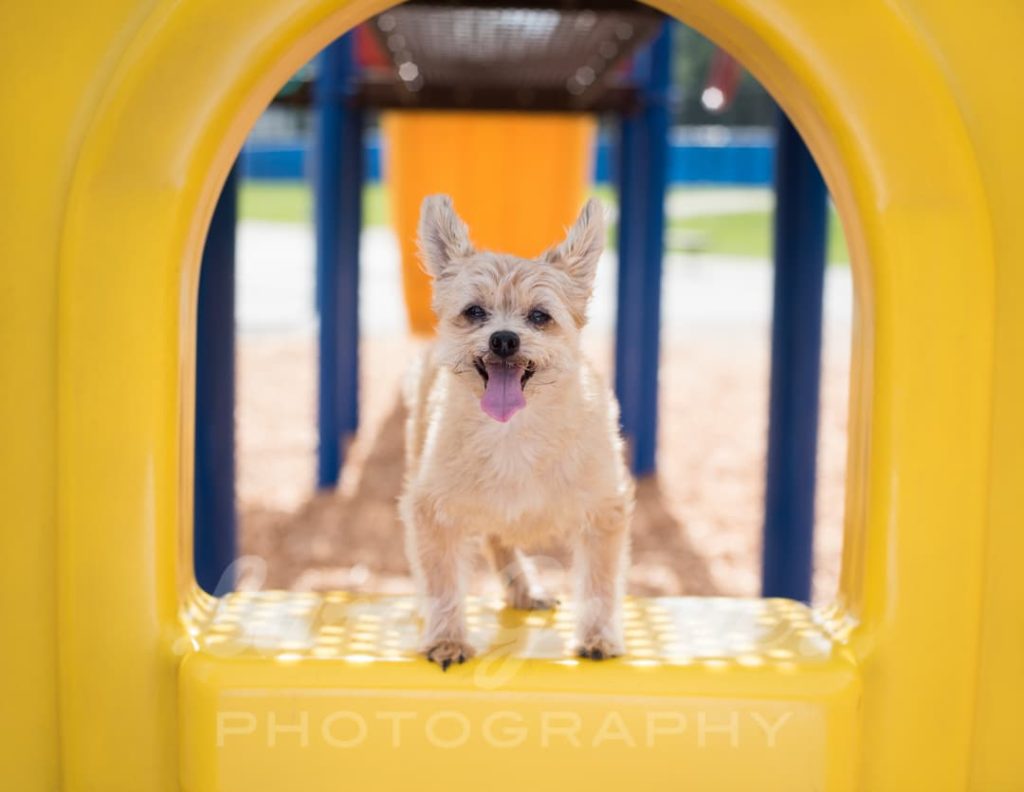 I hope I get a chance to hang out with Wilson again. He is a great example of a fabulous dog who was just a little down on his luck. I’m so glad he found a great home for himself. He was definitely a ray of sunshine in my day!