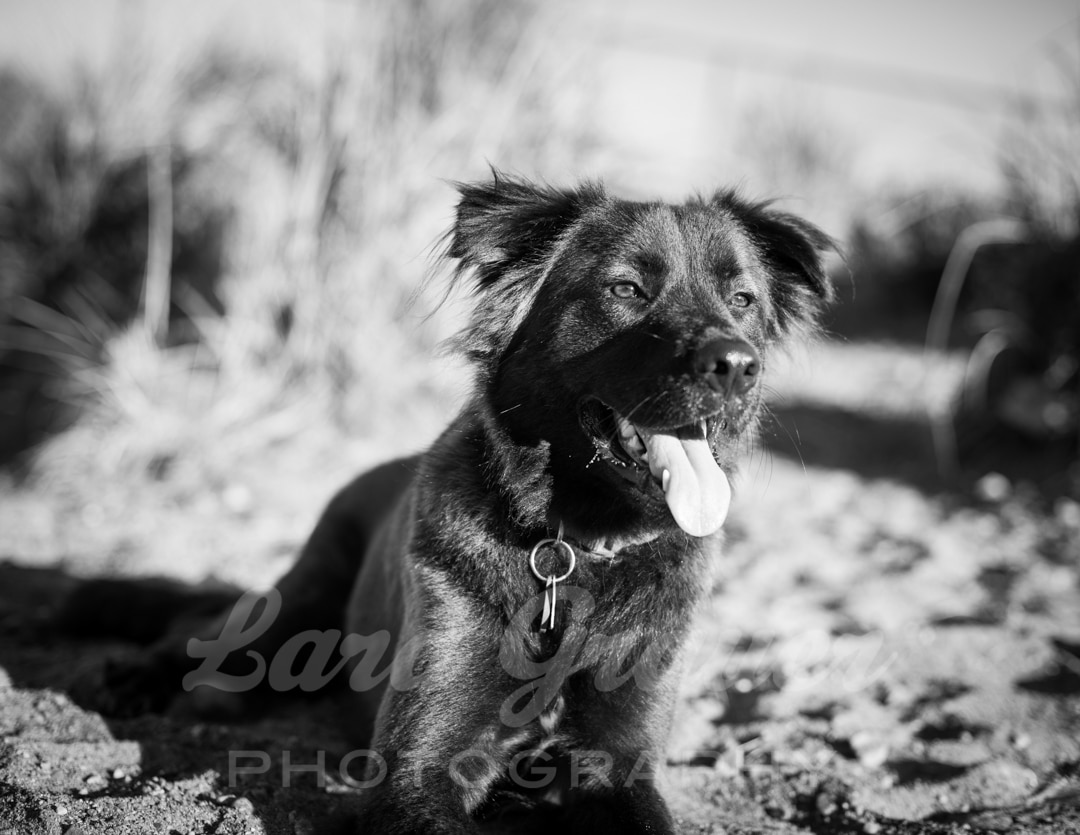 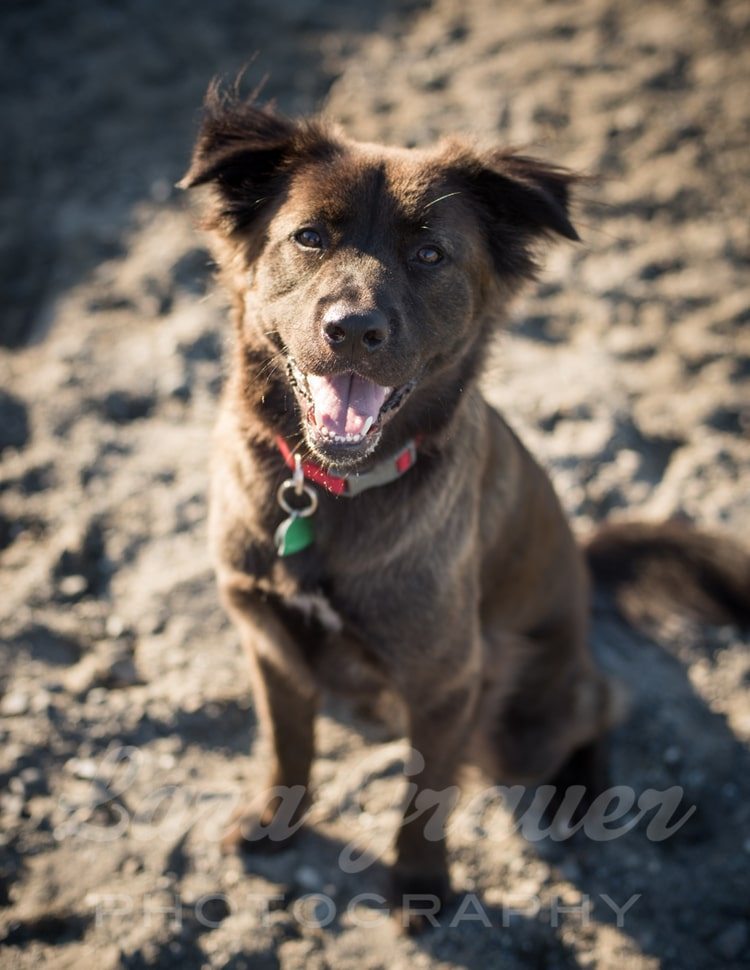 Calendar sessions are really underway! This time around, I got to hang out with Decker, or Little Bear, as they also like to call him.

Decker is a gorgeous dog of mysterious origin. At the time he was adopted, the shelter folks figured Decker was a mix of labrador and Leonberger. He’s a good size dog, but not nearly as big as logic would suggest if their guess was correct! (Have you seen a Leonberger? They’re huge!) So his owners have taken to answering the question “What breed is he?” with a shrug and an “I don’t know!”

This guy’s fur is so soft, and I love how he has perfectly placed fluff around his ears and tail. Little Bear is a great nickname. He reminds me of a soft, cuddly teddy bear. 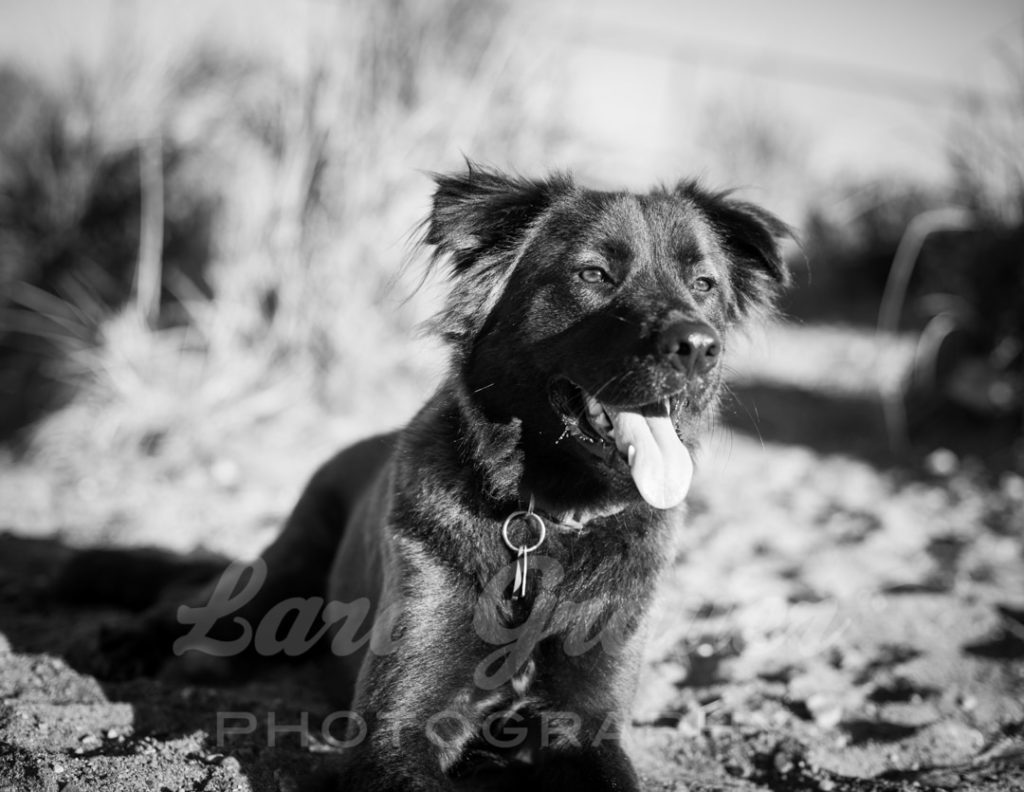 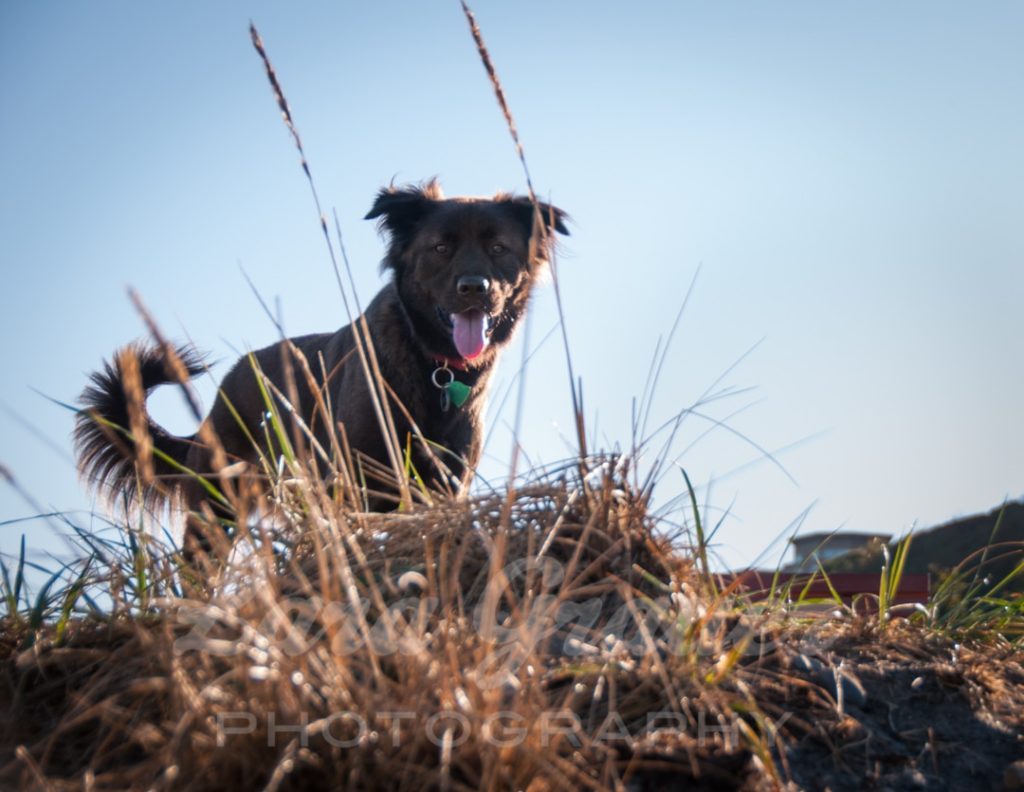 Decker came from a rescue group in Texas, called Roxy’s K9 Rescue. When his owners found him online, they just had to have him, and he was transported all the way to Washington by another group called Paws Without Borders. It’s just amazing what people are able to accomplish to help find homes for these pets! I’m really proud to be able to highlight some of these great stories, and Decker’s is a special one. 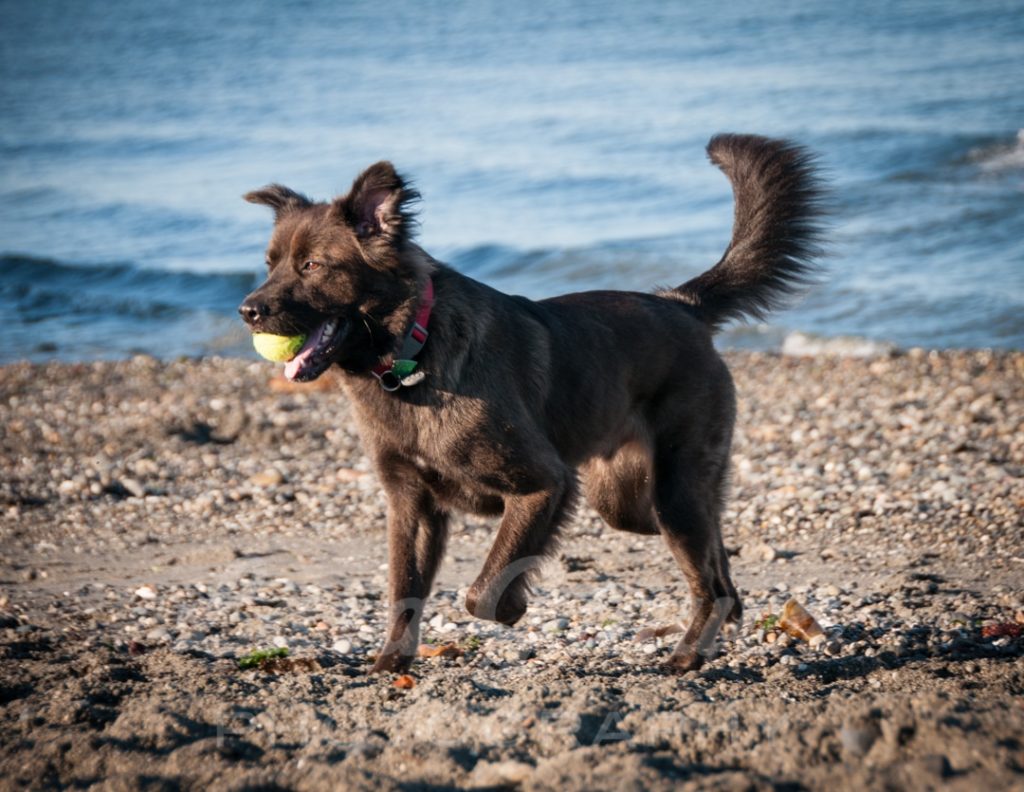 We met for our session early on a Saturday morning. The sun was shining, and the air was comfortably cool. Decker’s first priority was checking out the scene, and discovering who was there. He trotted through the off-leash area in Edmonds, looking for dogs to sniff, and was soon overwhelmed with a couple of noisy basset hounds. So, the tennis ball was a great distraction! 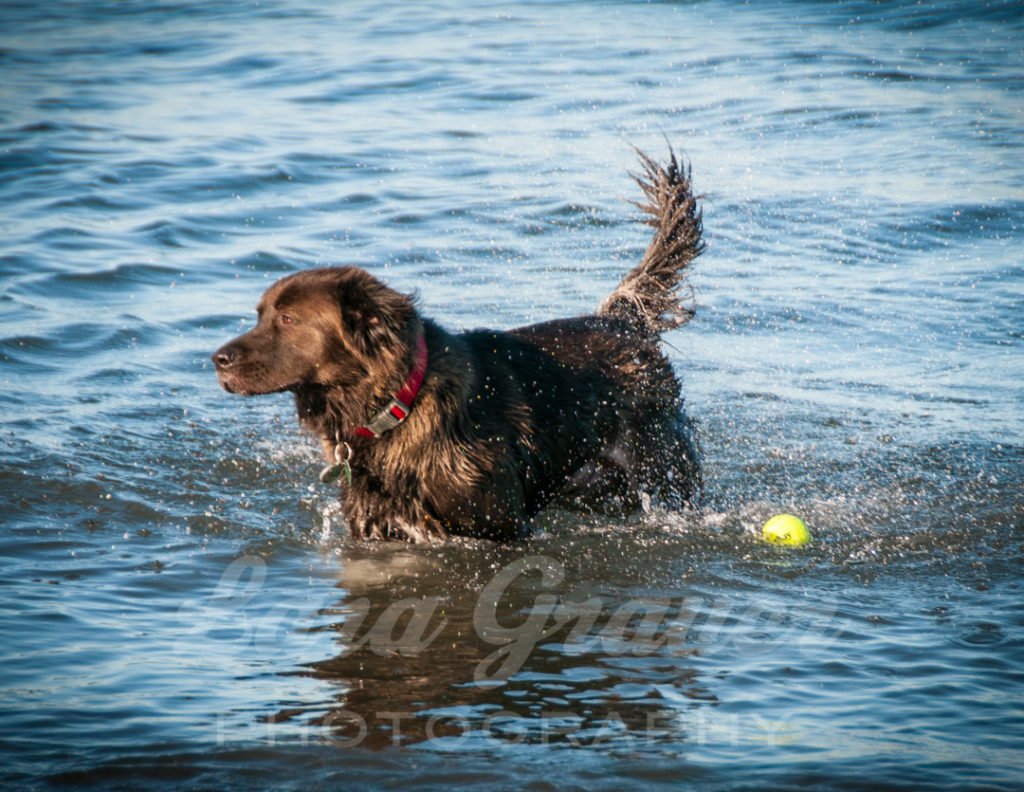 Next thing we knew, he was chasing the ball into the water, as dogs will do… 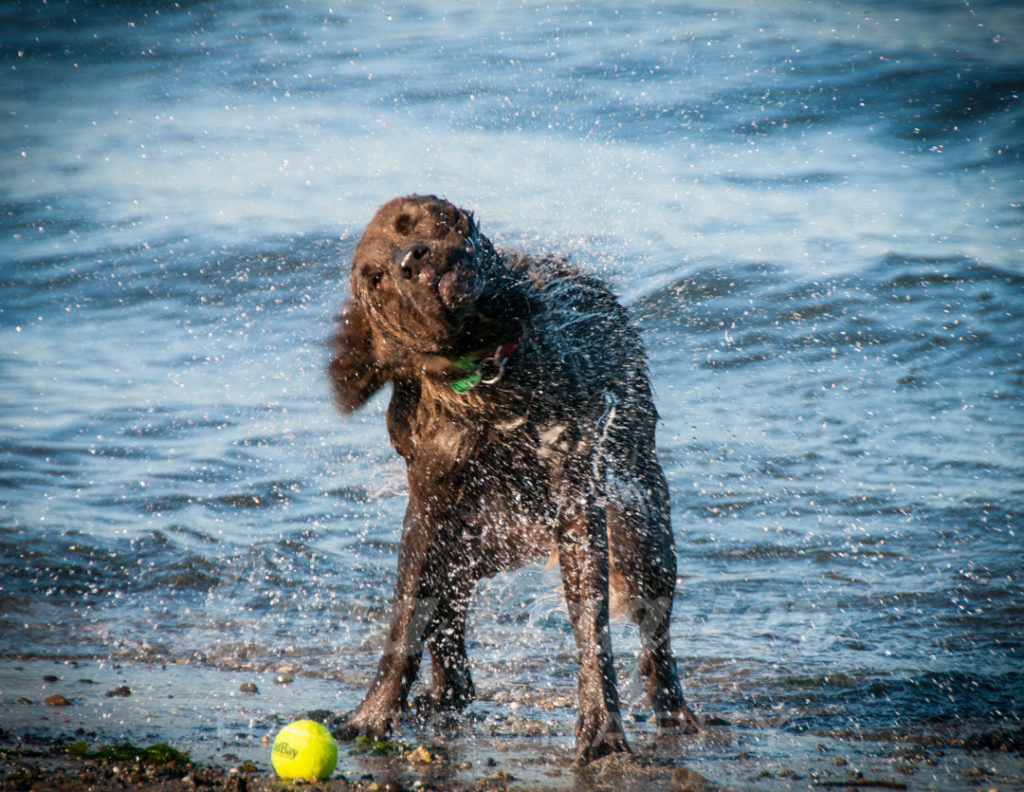 He did enjoy romping in the water, but who wants to be dripping wet? Not Decker! I was just glad to have my zoom lens so I could avoid the spray…